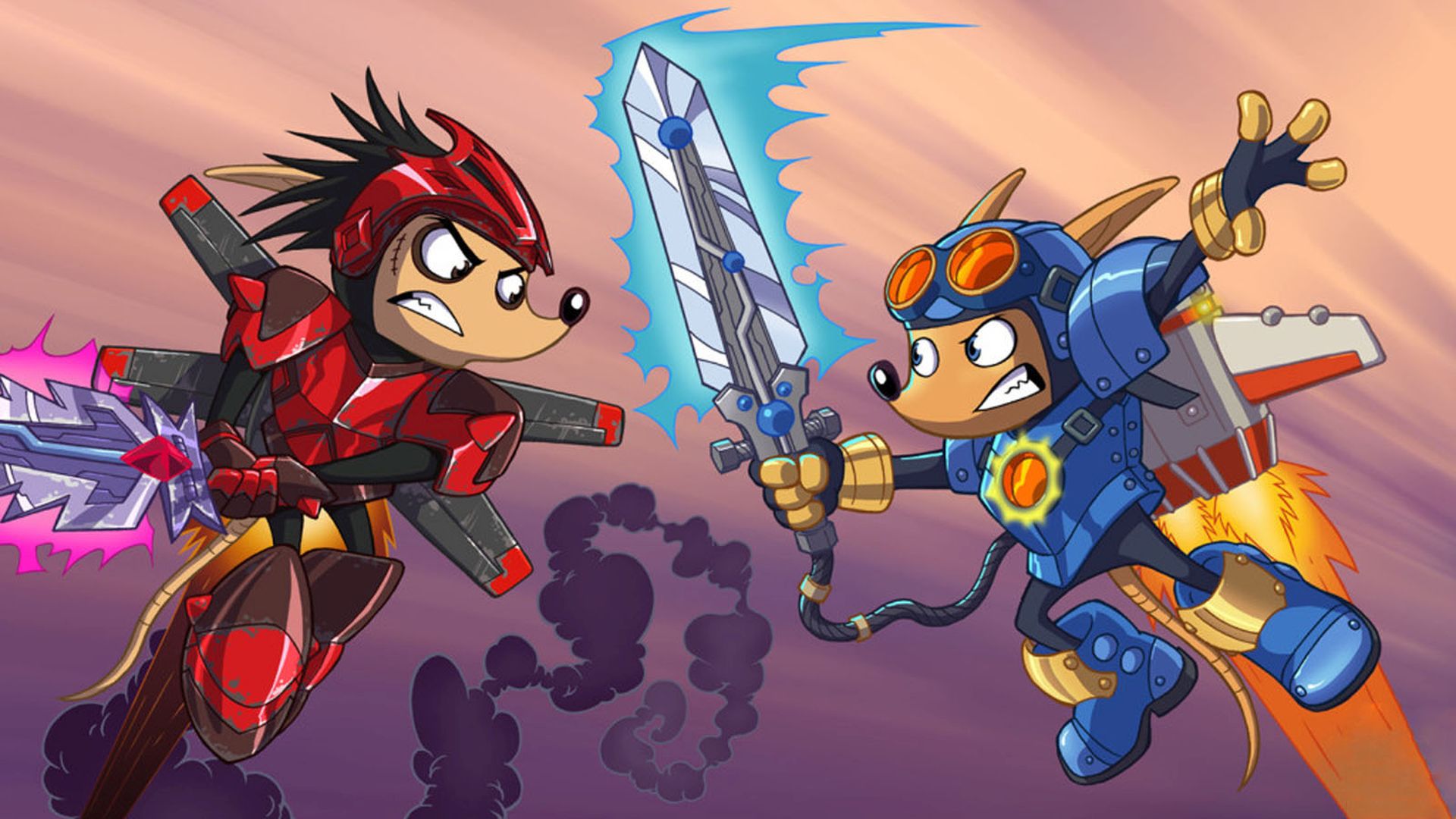 What's on your mind?

Would all the fans like that there is a film adaptation of this franchise? well. To me, yes.

I would like the project to be in charge of 20th Century Fox but it is going to be an animated film, and then it is a giant success and has merchandising and is released sometime in 2021 or 2022 or 2023 and let's see official images and previews.

The plot that I want to see for me, although it is not a continuity of the Sparkster games, the movie begins with Sparkster breaking the fourth wall telling us about his past with cinematic flashbacks based on the first Rocket Knight Adventures of 1993 and then the logo of the movie would come out and Sparkster is seen flying and arriving at Zephyrus / Zebulos and Sparkster at some point in the movie we see him facing the army of pigs and when he is strongly trapped so that he does not escape or get free, a new Rocket Knight named nothing else appears out of nowhere and none other than Yakansterk, because in the rest of the plot we would see funny and epic scenes and the important thing would be Sparkster and Yakanster having rivalry with the army of pigs, including Axel Gear, Emperor Devligus Devotindos as antagonist and the Pig Star Core as final enemy into space for a final battle and then rescue the princesses and the entire population of Zephyrus celebrate. And in a post-credits scene we would see the lizard armies in Airships and some in ships and robots going to Zephyrus to attack the kingdom and then King Gedol is seen.

Do you like history? Do you like some of the music from the Sparkster games to be adapted? Do you like that there is a movie based on this franchise?

By the way, later one day in discord we will talk with some users, fans of Sparkster so that the project is given the green light and announced.

I'd say we should talk about anything regarding our work here. Using the Rocket Knight Wiki or the Message Wall that people can access freely when visiting the Fandom Wikipedia is not the right place to discuss our issues we have with one another. It's not meant for the public eye.

This always made me think, if you look back at Sparkster's original design Blaster, do you think that Blaster's serious appearance was the main base for Axel Gear's design?

And what about the second design for Blaster? It kinda looks like a cross design with RKA Sparkster and 2010 Sparkster. Is Blaster's second design being the base for Sparkster's 2010 appearance or is it coincidental?