Sparkster's Wife & Son are two unnamed characters who made their first and only appearance in Rocket Knight. They only appear briefly during the opening sequence of the game. 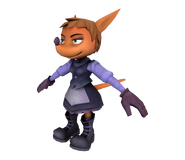 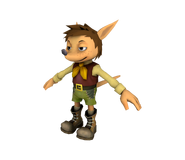 Model of Sparkster's Son
Add a photo to this gallery

Retrieved from "https://rocketknight.fandom.com/wiki/Sparkster%27s_Wife_%26_Son?oldid=6232"
Community content is available under CC-BY-SA unless otherwise noted.