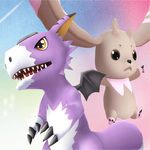 Keeping some notes, キャノソニオニヤージ Kyanosonioniyāji or in English it's Canosonioniyaji which is the Old Man Opossum character in Sparkster SNES which I tried to translate from the manual.

Keeping this for a note to keep track on interesting trivia on RK.

It's best to get more official information about characters, enemies, stages, and more as certain underrated series never developed further to know about them so check your manual (if you have one) and get editing! I would recommend to get Japanese versions of the manuals to check the Japanese (and the spelling of the characters name or their original name) so it's best to know certain things about underrated series.

Sources on where I got Rocket Knight Official Artworks

Back then, nobody was able to make PNG renders of RK character official artworks and only used NIT&F Sparkster artwork. But until 2013, A tumblr page titled: The Video Game Art Archive has got their official artworks!

Retrieved from "https://rocketknight.fandom.com/wiki/User:Digipony?oldid=4783"
Community content is available under CC-BY-SA unless otherwise noted.